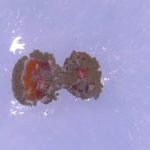 When spores of Metarhizium anisopliae land on a varroa mite, they germinate and grow tiny tubes that drill through the exoskeleton and grow throughout the insect, killing it. “They can literally bust through the shell,” says Jennifer Han, an entomologist at Washington State University (WSU), Pullman. The fungus might have been a great biopesticide, but it's too warm inside a bee colony for them to survive. So they bred several generations to be increasingly heat tolerant, then generations to be more and more deadly to varroa, and finally figured out how to culture it on rice that the bees would try to remove and thereby spread around. They go mite knockdowns on the oxalic acid level! Hurdles remain: more efficacy testing, figuring out how to make it affordable, figuring out how to make it practical to use. But get this: it's safer than oxalic (for bees AND humans). 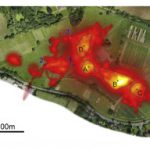 A new study from Queen Mary College is the first ever attempt to track the flight paths of individual drones and observe them in the absence of lures, which may distort observations. To track the flight paths of drones, researchers attached a small antenna-like electronic device, known as a transponder, to the back of individual honeybees. The scientists found that drones alternated between periods of straight and convoluted, looping flight patterns within a single flight. On further investigation they showed that phases of looping flight were associated with four distinct aerial locations where drones congregated and these specific areas were consistent over a two year period. Dr Joe Woodgate, lead researcher, is also part of the 'Brains on Board' programme that aims to create robots with the navigational abilities of bees. He added: "We believe that bee-inspired robotics will play a role in improving robotics and artificial intelligence in the future. Understanding how bees select and find distant goals based on their explorations of their surroundings will be important for this."

Beekeepers have been breeding for hygienic behavior in our long running battle with Varroa destructor, but like every other management decision, there can be unexpected consequences. Researchers including local heroes Jay Evans, Judy Chen and Zac Lamas used genetically tagged DWV to investigate virus transmission to and between worker bees following pupal cannibalisation under experimental conditions. They demonstrated that cannibalization of DWV-infected pupae resulted in high levels of this virus in worker bees and that the acquired virus was then transmitted between bees via trophallaxis, allowing circulation of Varroa-vectored DWV variants without the mites. Despite the known benefits of hygienic behaviour, it is possible that higher levels of VSH activity may result in increased transmission of DWV via cannibalism and trophallaxis. 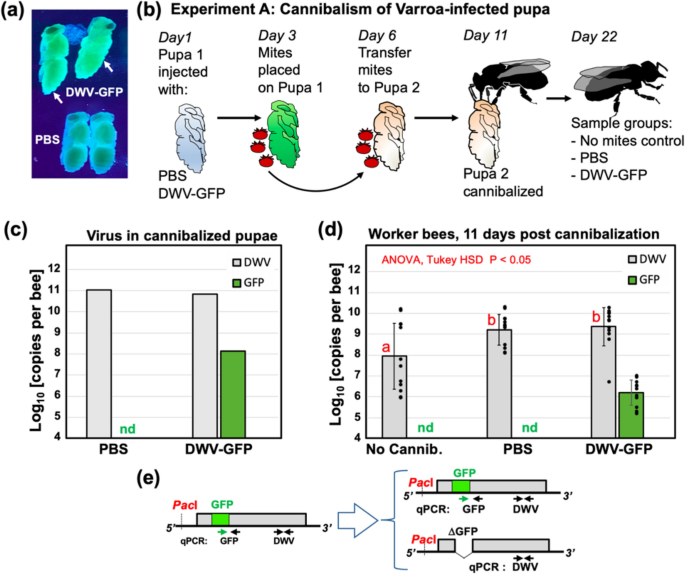 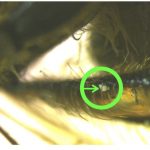 Danish scientists in Copenhagen have demonstrated that the plumose body hairs that are so dandy for attracting pollen are also effective sampling gadgets for microplastics in the environment. Researchers collected honeybees from apiaries located in the city centre and from nearby semiurban and rural areas, and showed the presence of microplastics in all sampled locations. The highest load corresponded to urban apiaries, but comparable number of microplastics was found in hives from suburban and rural areas, which points to the easy dispersion of small microplastics by wind. The scientists postulate that the bees could be a useful sampling tool for researchers studying pollution. 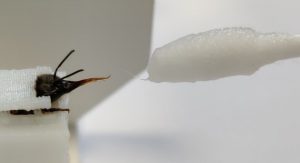 Bee being trained to smell COVID-19

Start-up InsectSense and Wageningen Bioveterinary Research have trained bees to extend their tongues when they smell the coronavirus. The coronavirus, like other diseases, causes metabolic changes in the body that causes a smell. Bees can be trained within minutes to recognize the scent of samples infected with SARS-CoV-2. "We collect normal honeybees from a beekeeper and we put the bees in harnesses," he said. "Right after presenting a positive sample we also present them with sugar water. And what the bees do is they extend their proboscis to take the sugar water," according to research leader Wim van der Poel. Because bees are everywhere and inexpensive, the research team hypothesizes that this could evolve as a diagnostic tool for low income countries. 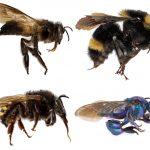 Researchers at the Universidade de São Paulo have mounted perhaps the most intricate, detailed look ever at the diversity in structure and form of bees, offering new insights in a long-standing debate over how complex social behaviors arose in certain branches of bees' evolutionary tree. The report analyzes nearly 300 morphological traits in bees, how those traits vary across numerous species, and what the variations suggest about the evolutionary relations between bee species. The result offers strong evidence that complex social behavior developed just once in pollen-carrying bees, rather than twice or more, separately, in different evolutionary branches. Corbiculate bees–those that possess corbicula, or pollen baskets, on their hind legs–encompass honey bees, stingless bees, bumble bees, and orchid bees. Among them, honey bees and stingless bees are the only groups with highly complex social behaviors.