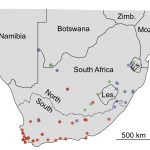 In a study published May 7 in  Current Biology, researchers from University of Sydney have identified the single gene that determines how Cape honey bees reproduce without ever having sex. One gene, GB45239 on chromosome 11, is responsible for virgin births. Behavioural geneticist Professor Oldroyd said: "Sex is a weird way to reproduce and yet it is the most common form of reproduction for animals and plants on the planet. It's a major biological mystery why there is so much sex going on and it doesn't make evolutionary sense. Asexuality is a much more efficient way to reproduce, and every now and then we see a species revert to it." But it also causes problems. "Instead of being a cooperative society, Cape honey bee colonies are riven with conflict because any worker can be genetically reincarnated as the next queen. When a colony loses its queen the workers fight and compete to be the mother of the next queen," Professor Oldroyd said.

Bees grooming each other can boost colony immunity

Honeybees that specialise in grooming their nestmates (allogroomers) to ward off pests play a central role in the colony, finds a new University College London and University of Florence study. Allogroomer bees also appear to have stronger immune systems, possibly enabling them to withstand their higher risk of infection, according to the findings published in Scientific Reports. Since allogrooming would likely put the grooming bees at an elevated risk of contracting pathogens and parasites, the researchers tested their immune systems, and found that their hemolymph  could more effectively clear out potentially harmful bacteria than the immune systems of other bees in the colony. Co-author Dr Rita Cervo from the University of Florence said: "By identifying a striking difference in the immune systems of the allogrooming bees, which are involved in tasks important to colony-wide immunity from pathogens, we have found a link between individual and social immunity."A 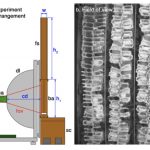 to record the complete development of a honeybee in its hive for the first time. It also led to the discovery that certain pesticides—neonicotinoids—changed the behavior of the nurse bees. Researchers determined that they fed the larvae less often. Larval development took up to 10 hours longer. A longer development period in the hive can foster infestation by parasites such as the Varroa mite. Using machine learning algorithms, they were able to evaluate and quantify the nursing behavior of the nurse bees semi-automatically. The result: even small doses of the neonicotinoids Thiacloprid or Clothianidin led to the nurse bees feeding the larva during the 6-day larval development less frequently, and consequently for a shorter daily period.

Social distancing is nothing new to honey bees. When a colony is infected with the deadly Israeli acute paralysis virus (IAPV), bees are less likely to touch or feed their sick nest mates, according to a new study by Adam Dolezal, an insect physiologist at the University of Illinois, Urbana-Champaign (UIUC) and UIUC computer scientist Tim Gernat. But the virus appears to have an alarming counterattack: When sick bees try to enter a new colony, they do a better job of getting past the guards than uninfected bees. That has led the scientists to speculate that the virus has evolved a way to spread to new hives. The study opens an important window into a “coevolutionary arms race” between pathogens and social organisms, says Olav Rueppell, an evolutionary biologist at the University of North Carolina, Greensboro, who was not involved in the new research. The findings also highlight the dangers of putting commercial hives too close together. When Dolezal and colleagues took IAPV-infected bees and placed them outside another colony, the guards let about 30% of them enter, compared with about 15% of healthy foreign bees that were allowed in. “It’s troubling that this level of virus movement is happening,” says Dolezal, whose team reported the results in the Proceedings of the National Academy of Sciences. 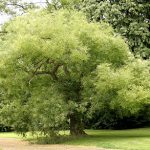 that honey bees brought back to their colonies and how the weights of these colonies changed every hour, and were able to identify the flowering plants that provide the most nutrition for bees in Philadelphia, and to understand how these resources change across the seasons. By using honey bees housed in rooftop apiaries in Philadelphia, the researchers identified the plant species from which the honey bees collected most of their food, and tracked how these food resources changed from spring to fall. The findings may be useful to homeowners, beekeepers and urban land managers who wish to sustain honey bees and other bee and pollinator species. "Care should be taken to avoid plants with a strong potential to become invasive," said lead researcher Dr. Douglas Sponsler. "But as far as ornamentals go, summer-blooming species like Japanese pagoda tree and crepe myrtle might alleviate seasonal shortages of floral resources. In the eastern U.S., native species like eastern redbud, American linden and some varieties of hydrangea are good options for ornamental plantings."